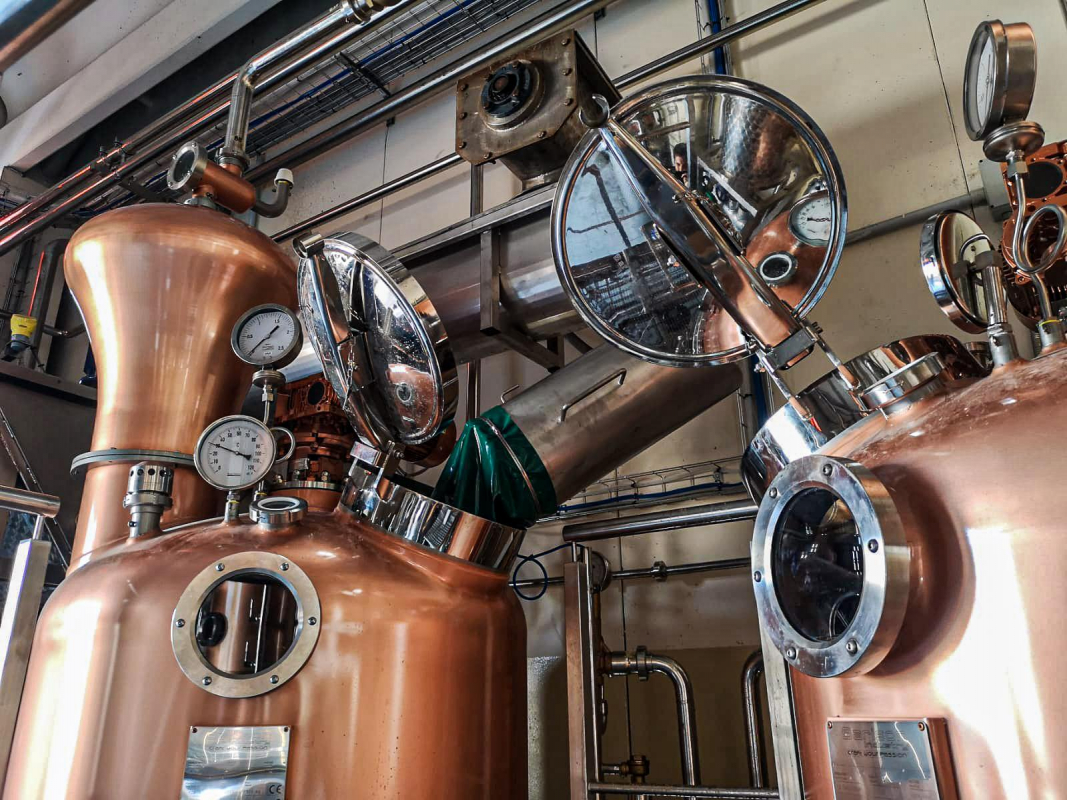 Known as a toxic compound for the human body, methanol is a must-know topic, especially if we talk about the distillation industry.

In some countries, the term "ethanol" stands as a synonym of "alcohol", but let us not forget that methanol - or methyl alcohol - is just a single part of the family of alcohols.

Alcohols are organic compounds with a hydroxyl group (-OH) bonded to a saturated carbon. Most alcohols involved in distillation are bonded to an alkyl group, thus CH3OH (methanol) or CH3CH2OH (ethanol).

Methyl alcohol becomes a problem just if metabolized by the human body. If methyl alcohol is ingested or absorbed, it generates formaldehyde and formic acid, compounds that are highly toxic to us. I.e. Formaldehyde formation in the retina causes blindness, while formic acid can lead to a state of severe acidosis.

But we should not limit our concerns to ingestion. Of course, ingestion causes blindness or death, but we should also fear prolonged skin exposure to methanol in vapor or liquid form, or vapor inhalation.

How methanol is formed

Methanol is a natural product of the fermentation of several plants like fruits, potatoes, and agave. Before methanol formation there is pectin, a complex polysaccharide that can be naturally found in plants. Pectin is commonly used in the food industry as a gelling agent in the preparation of jams (E440).

The issue with methanol occurs with a high pectin content in the raw material: this happens because pectin contains methyl ester functional groups, whose hydrolysis releases methanol. This reaction is facilitated by various enzymes of grains, fruits and even some yeast strains (pectinases and pectinesterases).

In hydrolysis reactions there is the decomposition of a molecule into two parts, where water is both reactant and solvent, often with the action of a catalyst. During the distillation process, we should pay attention to the fermentation stage, because here is when the hydrolysis reaction occurs, generating methanol.

How to separate methanol in distillation

Methanol is more volatile than ethanol under all operating conditions adopted by distilleries, so it is possible to separate it by distillation as "heads" or "head product".

In the case of a batch distillation plant, we separate methanol using an appropriate choice of head-cut timing. The longer the timing of the cut, the more methanol is removed, but in the process some of the "heart" is lost.

It is therefore essential to find the balance between maximum methanol removal and maximum amount of heart produced.

In a continuous column or plant it is possible to take a stream of "heads" rich in methanol, taking it from the reflux of the column. Since in these plants the distillate is usually at higher alcohol concentrations than in a batch plant, and the methanol purity specifications are often more stringent, a demethylating column is often used. While in the demethylating column we have the distillate stream at high alcohol concentration. Inside it, the separation between methanol (head product) and ethanol (tail product) takes place.

Because of the similar volatility rate of methanol and ethanol, the tail product (demethylated distillate) will contain traces of methanol in concentrations below the required specifications, whereas the head product, rich in methanol, will contain significant quantities of ethanol.

The latter percentage of ethanol is a by-product of distillation. It should be recovered to avoid waste and improve the overall efficiency of the distillery.

How to analyze the amount of methanol in a distillate

It is possible to analyze the methanol content in the distillate using gas chromatographic (GC) analysis, a technology that separates the mixture in the vapor phase, isolating the single components.

It is possible to outsource this type of analysis to specialized laboratories, or to equip your distillery with in-house units in order to proceed independently. 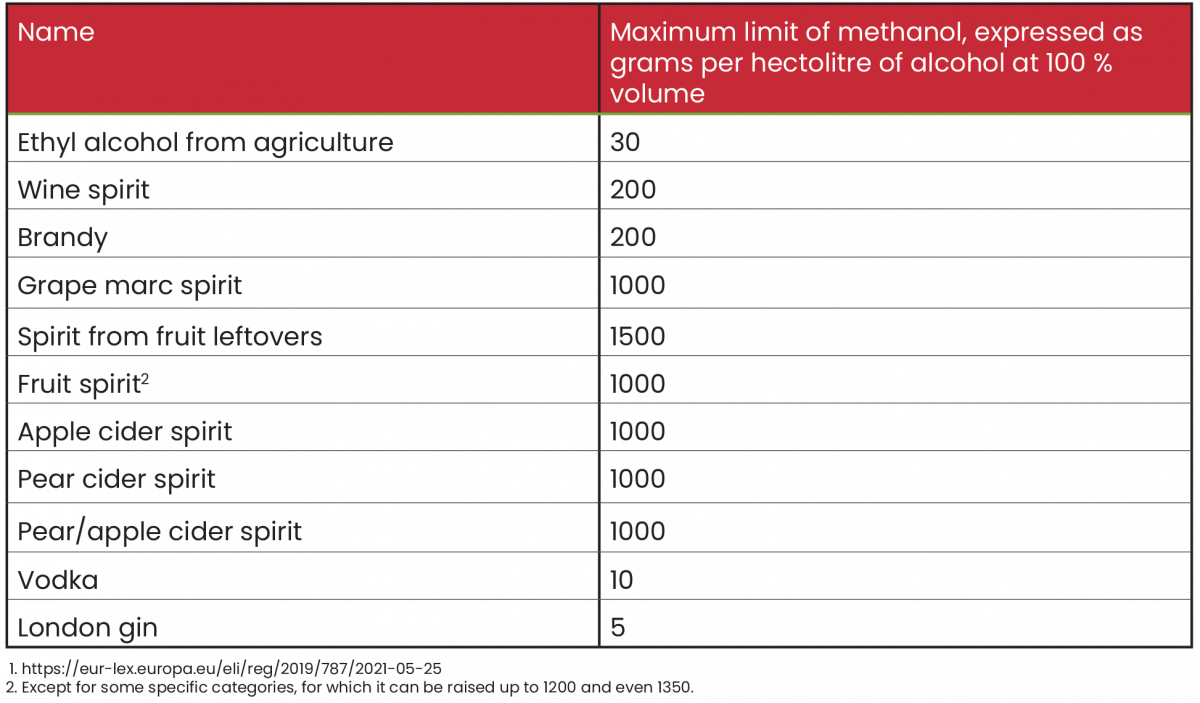 Known as an unwanted byproduct of the domestic distillery (mainly), methanol is a real risk to be looked at, even by distilleries. For this reason, we should correctly follow the procedures for its reduction within the legal limits, to eliminate toxicity for human beings and to guarantee a safe tasting of the final product.